When your regular full-time work week includes squeezing in 6 appointments, it sure makes that week fly by. Everything is GREAT! The most important ones were the ultrasound of the “reactive lymph node” that’s been swollen in my armpit area and the follow-up with the surgeon. That lymph node has been bothering me since August and the previous ultrasound said it was”probably benign”. That was good but still a little unnerving because it wasn’t definitive and I could still feel the lump. This follow-up showed that it’s definitely shrinking and still looks benign. In the back of my mind for the last 2 months, I have been so worried that it was malignant and we weren’t doing anything about it. So this appointment made me feel SOOOOO much better. A biopsy had not been an option during radiation because of the high risk of infection, but my surgeon said that if the relief wears off and I start to worry again he’ll write an order to have a biopsy done anytime I want. And I may do that at some point if I do start to worry again. But for now, I’m looking forward to just giving my body a break and letting it heal with no procedures.

Another appointment was with my plastic surgeon who will do the reconstruction. We have a pretty good plan of what we’ll do to reconstruct (it’s called latissimus dorsi flap reconstruction), but that has to wait at least 6 months from radiation, so we won’t do that until early summer. He suggested that I get a second opinion because, as he said, he is very confident in the procedure he is recommending, but he wants me to be just as confident as well. The fact that he wants me to be so sure of it makes me trust him even more.

On Monday I will meet with my oncologist. I haven’t seen her since my last chemo treatment in June. We will very likely be discussing if /when I’ll need to take hormone blockers. And I have a lot of questions about current research to make sure this never returns. (I have a lot to say about that which will come in a future post).

My hair is growing in slowly… and wavy! This is a new look for me and I’m not loving it. But at least I’m healthy. I did a very brief PR piece for Akron Children’s last month with Holly Strano (from WKYC) which aired last week. Though my hair was shorter then, it was also less curly so it looked a little neater. It was a nice confidence boost in the middle of this- I may not look like myself but I’m thankful that manager and supervisor, Barb Kline, still thought enough of me to ask me to represent our department.

Getting ready for this amazingly sweet Christmas season. Hope everyone is enjoying it! 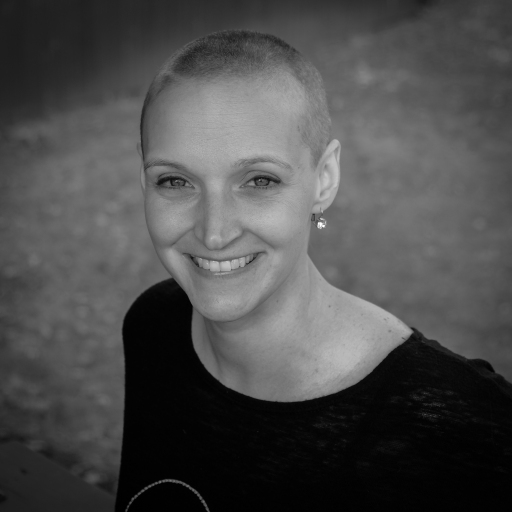